St Mark's Basilica
This wonderful church was built in 829 to contain the remains of Saint Mark, the city’s patron saint and was consecrated in 1024. It has been renovated and decorated several times over the centuries and the Basilica is most certainly the most spectacular church in the city. Its main façade is unique. It has five arched doorways, a long terrace that are home to four bronze horses that came from the bounty of the 4th crusade against the infidels. Its bas-relief work is in Byzantine style. The interior is just as sumptuous as the outside. The marble floor has a striking geometric pattern and there are splendid mosaics on the walls that tell stories from the New Testament.

Palace Ducale
only 15 minutes by bus from the boat station at Piazzale Roma) This exceptional building was the center of Venice’s political, social and economic life right from the beginning. Palazzo Ducale was the private residence of the Doge, but it was also the home of the Government’s and the Courts’ main offices. There is some proof that the original building dates back to the first half of the 9th century, a building that was then changed through several renovations that were carried out over the centuries. Substantial changes were made in 1173, during the rule of the Doge Sebastiano Ziani when the palace was extended. However, in 1340, the building took on a truly grandiose size when the Gothic style wing was built facing San Marco bay, where the Greater Council meeting were held. The portico supported by the large columns and the upper open gallery that face the bay are wonderful. The Gothic-style Porta della Carta, the entrance of honor to the palace, dates back to the 15th century. It was given this name as the proclamations issued by the Republic were attached to this door. The rooms inside the palace are full of frescoes depicting the history of the Republic by Masters such as Tiepolo, Tiziano, Veronese, Bassano and Palma il Giovane, all kept in valuable golden wooden frames.
Opening hours
March 22/November 2 9:00/19:00 (ticket office 9:00/18:00)
November 3/March 21 9:00/17:00 (ticket office 9:00/16:00)
Closed December 25/January 1

Ca’ d’Oro - Cannaregio
(only 15 minutes by bus from the boat station at Piazzale Roma)
Palazzo Ca’ d’Oro, now home of the Franchetti Gallery, is one of the main attractions of Venetian Gothic architecture, built at the beginning of the 15th century on the wishes of Marini Contarini. The name of Ca’ d’Oro (The Golden home) comes from the wealth of gold leafing that once decorated its façade. The original project was probably by the architect Marci D’Amadio, but the work was carried out by Lombard craftsmen and then later by Venetian ones. Ca’ d’Oro changed owner several times and was finally bought and renovated by Baron Giorgio Franchetti in the 19th century. He then donated his own collection of paintings and this building to the State in 1916. In 1927, the palace was turned into a museum that now houses several works of art by Tiziano and Tintoretto and some Gothic and Renaissance furniture.
Opening hours
Monday 8:15/14:00 Tuesday/Sunday 8:15/19:15
The ticket office closes 30 minutes before the museum closes.
Closed January 1, May 1, December 25

Ca’ Rezzonico - Dorsoduro
(only 15 minutes by bus from the boat station at Piazzale Roma)
Ca’ Rezzonico is a large building that looks down onto the Grand Canal and which is now home to the Eighteenth Century Museum in Venice. The original design of the building was commissioned by the Priuli-Bon family and was carried out by Baldassare Longhena during the first half of the 17th century. Around 1745, another floor was added to the building, just as the Rezzonico family, the new owners of the building, wished. Some classical elements have been used on the façade, as they were much in fashion at the time. They match the rooms and the interior decorating. The large staircase can be reached from the entrance hall on the ground floor: this is one of the most magnificent entrances in the entire city. Ca’ Rezzonico was bought by the English poet Robert Browning and then by the Baron Hirschel de Minerby, the last private owner. The building was then acquired by the City Council (1925) and was turned into a museum.
Opening hours
April/October Wednesday/Monday: 10:00/18:00 (last entrance 17:00)
November-March Wednesday-Monday 10:00-17:00 (last entrance one hour before)
Closed December 25, January 1, May 1

Fondaco dei Turchi - Santacroce
(only 15 minutes by bus from the boat station at Piazzale Roma)
This building was originally built at the beginning of the 13th century by Giacomo Palmieri, the consul of Pesaro on the Atlantic coast, who fled to Venice where he founded one of the greatest noble families in the city: the Pesaro family. In 1621, the Pesaro family rented the palace to Ottoman merchants and from then on the palace was known as the Fondaco dei Turchi (the Turks’ Warehouse). Later, when trade with the East began to decline, the palace was abandoned by the Ottomans and fell into ruin. In 1880, the Venice City Council bought the Fondaco and renovated it, whilst maintaining the characteristics of the original buildings, i.e. its Venetian-Byzantine façade covered in marble. This building has been the home of the Natural History Museum in Venice since 1924.
Opening hours
Tuesday/Friday: 9:00/13:00
Saturday and Sunday: 10.00/16.00
Free entrance

St. Mark's Square
(only 15 minutes by bus from the boat station at Piazzale Roma)
Piazza San Marco is the only “Piazza” in Venice, as all the other square are given the name of “Campo”. From the very beginning, Piazza San Marco was designed and built as an extension of Palazzo Ducale and the San Marco Basilica, the true centers of political and social life in Venice. The space originally taken up by the square was rather narrow and had a canal running through it: the Rio Batario. In 1172, the Doge Sebastiano Ziani bought the whole area and reclaimed the canal. He then had extension work started which ended with the Piazza San Marco that we now know today.
Opposite the Palazzo Ducale, and in place of the old wharf, a small square was created where two tall columns coming from Constantinople were installed. A winged lion was placed on one column, which is the symbol of Venice, and on the other column there was a statue of San Teodoro, the old patron saint of Venice, who was then replaced by San Marco.
The larger part of the square that stretches out in front of the Basilica, is 170 meters long and is trapezium shaped. The edge of the square is bordered by the old and new Procuratie, and the Napoleonic Wing which is now the home of the Correr Museum.

Ponte Dei Sospiri
(only 15 minutes by bus from the boat station at Piazzale Roma)
This is one of the most popular tourist sights in Venice. The bridge connects the Palazzo Ducale, where prisoners were tried, to the prisons known as the Piombi. The bridge was built on the orders of the Doge Mario Grimani and was made in stone from Istria. It was decorated on the outside with Baroque patterns. The beauty of the structure has given the bridge a romantic connotation in complete contrast to its actual use. The sighs that the bridge inspired were definitely not sighs from people in love, but from the prisoners who had just been sentenced to years in jail in the terrible “piombi”.
So, far a romantic weekend or a historic short-break in Italy, pick Hotel Sirio Apogia among all the quality hotels in Venice Italy. 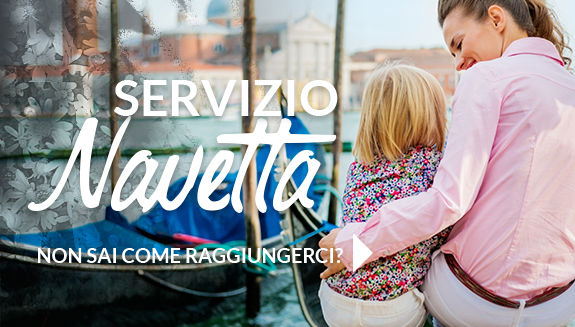